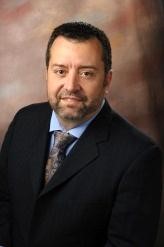 Mr. Prince has 18 years of operational experience in the healthcare industry from direct patient care to executive level management in skilled nursing facilities, outpatient facilities, sub-acute, and LTACH. Currently, Mr. Prince is President and CEO of HMG Healthcare, LLC. HMG owns and operates 15 skilled nursing facilities in the greater Houston and Dallas/ Ft. Worth area with revenues exceeding 150M. His predominant role is chartering the overall vision and direction of the organization as well as developing and maintaining strategic relationships with acute care providers and physicians. Prior to HMG Healthcare, he worked with Fundamental Clinical Consulting in and served as an Administrator, Regional Vice President, and Divisional Vice President of Operations. During his career, much of Mr. Prince’s experience has involved the financial restructuring and operational turnaround of underperforming healthcare services businesses. Mr. Prince executed a comprehensive business strategy that drove business growth, resulting in an increase in revenue 79.4M in 2005 to 97.9M in 2008. Prior to joining Fundamental Clinical Consulting, Mr. Prince was Executive Director of Autumn Leaves Retirement Campus; a CCRC located on White Rock Lake in Dallas.

Mr. Prince has served as a board member for the Texas Health Care Association since 2005 and is very active in lobbying efforts with the Texas Legislature. As part of work, he has interacted on a regular basis with congressional and state legislative members, staff, and committees regarding the association’s proposals and initiatives. He has also maintained regular communication with state service and regulatory agency leadership regarding long term care policy and program issues.

Prince was born and raised in San Angelo, Texas but has resided in Dallas for the past 20 years. He has a B.S. in Applied Gerontology with an emphasis in Long Term Administration and an MBA from Southern Methodist University Cox School of Business.